Born in Bosnia, Sabina Vajraca was only 14 when the war broke out and she found herself on her own, living as a refugee in neighboring Croatia. A born storyteller, she found solace in theatre, joining a local troupe and launching a theatre magazine that became a national success (much to her own surprise). A year later her mother and younger brother finally escaped Bosnia and promptly applied for the USA's political refugee relocation program. Her father joined them two years later.

After a decade in America, she and her family returned to Bosnia to reclaim the property they were forced to leave behind. This resulted in her first film, the critically-acclaimed feature documentary BACK TO BOSNIA, which premiered at the 2005 AFI Fest in Los Angeles and screened at over 30 festivals around the world, winning Director's Choice at the Crossroads Film Festival, amongst others.

Sabina's subsequent works include multiple short and feature screenplays; the music video for Nouvelle Vague's BELA LUGOSI'S DEAD; commercials for ESPN and IFP Media Lab; and a dozen short films, including VARIABLES, for which she was awarded the 2017 Alfred P. Sloan grant and which became a 2019 Student Oscars Semifinalist. The film is currently in the film festival circuits, having premiered at the 2019 Sarajevo Film Festival.

After years in NYC, Sabina moved to the West Coast and currently resides in Los Angeles, having recently completed her M.F.A. in Film and TV Production at USC School of Cinematic Arts.  She is a member of Film Fatales, Women in Film, WiPMS, and Lincoln Center Director's Lab, and was recently accepted into the Ryan Murphy Half Directing Mentorship program.

- Your ego is like a toddler: sometimes it cries out because something is wrong and sometimes it’s just throwing a tantrum. Learn to recognize the difference to keep it healthy and unspoiled. 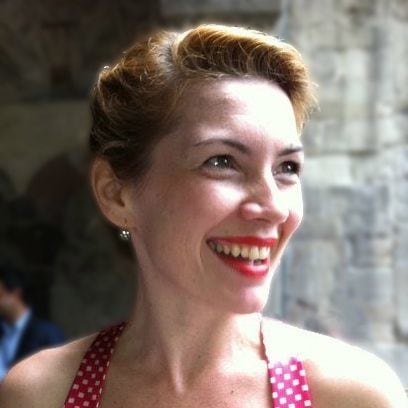 1. Sure, life can be tough and unfair, but don’t take it all so seriously. Think of life as a big prankster. And learn to laugh at your own expense. 2. Be your own BFF. Treat yourself the way you imagine your best friend would treat you. Especially in things you say to yourself. 3. Learn to recognize fear (it can be a tricky devil) and nip it in the bud. Monsters, like weeds, are much easier to eradicate when they're small. 4. Believe in choice. It’s always there. And if you feel like you’ve made a bad one, make…