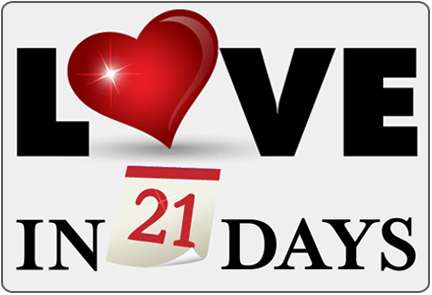 Looking for love? With our DailyOm course, Attract Love In 21 Days, it’s not only possible, but probable!

Five years ago InspireMeToday.com founder Gail Lynne Goodwin met her husband online, using a very logical process that she’s now sharing with others. Gail and her husband fell in love, he moved in three weeks later, and they married on the anniversary of their first date. It’s been over five years and they are still blissfully in love.

Using Gail’s proven formula, you can Attract Love In 21 Days in your life too–at the price that works for you!