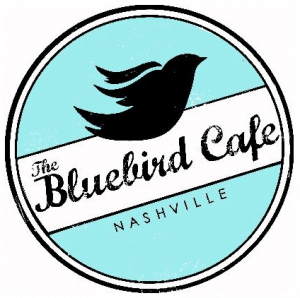 Most residents and tourists in Nashville know about the Bluebird Cafe. Described on their website as, “one of the world’s preeminent listening rooms, the venue has gained worldwide recognition as a songwriter’s performance space where the ‘heroes behind the hits’ perform their own songs; songs that have been recorded by chart-topping artists in all genres of music.”

About six years ago my daughter and I walked into the Bluebird one random evening to listen to music. Four guys sat in small circle in the center of the room facing one another. One of the writers, a very handsome young man, started to play a song called Forever Valentine. I was memorized by his voice and could have listened to him sing all evening. But, I was blown away by the depth of the lyrics about a mid life woman looking at her life and was struck by the fact that this had been written by a guy in his 20’s! In my experience most guys don’t “get” this kind of stuff, let alone understand it in their 20’s. This was a special man.

Hearing that voice along with the passion and depth of the spirit, I leaned over to my daughter and told her that this man was the one that I wanted to father my grandchildren. Fast forward six years, and this man, Josh Kear, is the greatest son-in-law I could ever ask for, a fabulous husband to my daughter and, the father of my granddaughter, Luna Valentine…. named after the song that evening from the Bluebird Cafe. Sometimes you really do get what you ask for. :) (If you’d like to hear the song it’s on Tim McGraw’s latest album, now called Forever Seventeen.)

Last month the ACM Awards (Academy of Country Music) were held in Las Vegas. Darryl and I flew down to babysit our granddaughter so our daughter could accompany her husband to the awards ceremony. Josh was nominated for Song of the Year for co-writing the smash hit, Need You Now with the band who performs it, Lady Antebellum. We are so proud that Josh and Lady A won the award for Song of the Year! But what make me most proud isn’t the fact that Josh won this award, or that he won the Grammy two years ago for co-writing Carrie Underwood’s mega hit, Before He Cheats or any of the other songs that have had great success on various charts and albums.

I’m proud and inspired by Josh because of WHO he is. Against all odds, he’s pursued his dream for more than 20 years and has followed his passion. And through it all, he’s managed to stay balanced, grounded and true to himself. Josh inspires me not only with his lyrics, music and his talent, but for his heart. He is a constant reminder to follow the dream no matter what. I marvel at how he keeps he feet on the ground in the midst of all the stars. He’s humble. He’s kind. He’s a mentor and a hero to many.

And, he and my daughter have given me one of the greatest gifts ever, our beautiful granddaughter, Luna Valentine. :)

In the meantime, we’re still celebrating. Thank you Josh for being the inspiration that you are and for making our world a better place with by sharing the gift of your music with all of us.

CONGRATULATIONS again to JOSH and Lady Antebellum for ACM Song of the Year!