We all complain about stress, but what is it really? National Geographic did a wonderful report on what stress is by not only looking at humans and our environment, but also through baboons and science.

In watching specific tribes of baboons who ate the same food, lived in the same area, and experienced the same natural threats, scientists found it was not environment but social interaction and social rank that caused stress. The baboons that experienced stress and the physical symptoms of stress were those on the bottom of the food chain. They were the weak males being picked on by the alpha males. They were the female baboons treated like chattel. Stress was caused by the belief that they were less than. Stress was caused by the fear of being attacked by those stronger. Stress was caused by a bleak outlook for their future because of their status in the tribe. The scientists noticed that the baboons lower on the food chain experienced much of the same physical issues that humans do. The physiological stress response can be more damaging than the stressor itself. Stress leads to higher blood pressure, heart rates, and therefore the potential of heart disease. A constant fight-or-flight response shuts down the immune system leading to issues like ulcers. The stress response actually kills off our brain cells, specifically those in the hippocampus, making learning more difficult and the memory fade. There is less dopamine in the system and therefore less experience of pleasure. There is an increase in weigh around the belly where fat has a more severe effect on overall health. Stress affects the cellular level making us age faster.

Something interesting happened when the tribe of baboons came across a dumpster of meat. The alpha males ate it up, for they always ate first. Unfortunately, or fortunately, the meat was tainted. This led to the death of the alpha males. Those left in the tribe were the female baboons and what the scientists called the “nice guy” baboons.

What was interesting is that as a result, the tribe changed how they related to each other. The fighting, biting, and attacks, which had been commonplace, were now gone. The tribe worked together, they groomed each other, and they were kind to each other. The resulting harmony led to lower stress and better health. 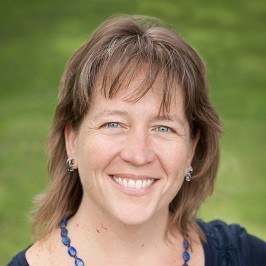