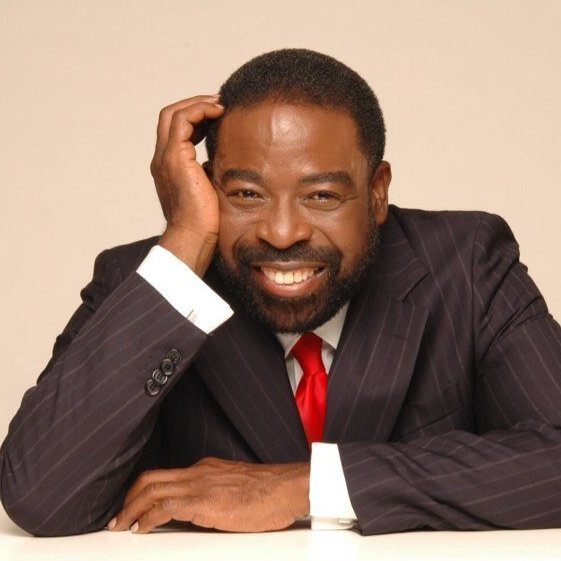 I think we can all agree, life is getting tough. It seems as if everything around us is collapsing, and crumbling before our very eyes. Many people are uncertain about the future, money, relationships, health, and careers. In fact, we are beginning to question the very nature of life itself.

In these uneasy times, even as a world-renown motivator, my advice is simply: When things go wrong, don’t go with them.

Have you watched the news lately? It’s quite depressing isn’t it? With all of this mess going on around us, you have to monitor your mind and mouth. I’m not oblivious to shocking headlines and a poor economy, but I can’t consume myself with it because, whatever you focus on the longest becomes the strongest.

Everyone has one friend who calls with nothing but bad news. I have to talk to people who see opportunities in the eye of the storm. Not the person who advises me to put my money under a mattress, or recommends taking self-defense classes because crime rates are increasing. I have to observe my surroundings for mental protection or else, I’d be afraid to live!

Elise Robinson said, “Things may happen around you and things may happen to you, but the only thing that matters is what happens in you.” In the midst of chaos, you have to brace yourself, build your faith, feed your mind with positive materials, and seek opportunities you’ve never considered before. You should be getting stronger, smarter, and strategizing to launch a new life, blindsiding everyone with your success and tenacity.

In times like these, we have to look for opportunities and act fast like never before. I agree with speaker Steve Duncan – “Opportunity stands by silently, waiting for us to recognize it.” And remember, opportunities may not come in cute, carefully wrapped packages. Opportunities may come in defeats, setbacks, and failures.

Dr. Robert Schuller once said, “Tough times never last, but tough people do.” Make no mistake about it, times are tough, but you are tougher. What are the odds of surviving 400 million sperm? Those are the odds you beat to get here!

You are resilient beyond your wildest imagination. Stop looking at the circumstances around you and as Tony Robbins would say, “bring out the Giant Within”.

Lastly, find your true self. We live within the conversations in our heads and the recommendations of others. For years, I operated as DT, which was my childhood nickname meaning the dumb twin. Believe it or not, I answered to it!

There was one person, my former teacher, who interrupted the years of negativity and low expectations for me by saying, “Never let someone’s opinion of you become your reality”. As a renowned professional speaker, author and television personality, Les Brown has risen to national prominence by delivering a high energy message which tells people how to shake off mediocrity and live up to their greatness. It is a message Les Brown has learned from his own life and one he is helping others apply to their lives.

Born a twin in low-income Liberty City in Miami, Florida, Les and his twin brother, Wes, were adopted when they were six weeks old by Mrs. Mamie Brown. Mrs. Brown was a single woman who had very little education or financial means, but a very big heart. As a child Les' inattention to school work, his restless energy, and the failure of his teachers to recognize his true potential resulted in him being mislabeled as a slow learner. The label and the stigma stayed with him, damaging self-esteem to such an extent that it took several years to overcome.

In 1986, Les entered the public speaking arena on a full-time basis and formed his own company, Les Brown Enterprises, Inc. The company provides motivational tapes and materials, workshops, and personal/professional development programs aimed at individuals, companies, and organizations.

Award Winning Speaker
In 1989, after only three years in the public speaking arena, Les Brown was the recipient of the National Speakers Association's highest honor: The Council of Peers Award of Excellence (CPAE). In addition, he was selected one of the World's Top Five Speakers for 1992 by Toastmasters international and recipient of the Golden Gavel Award.
In 1990, Les recorded his first in a series of speech presentations entitled You Deserve, which was awarded a Chicago-area Emmy, and became the leading fundraising program of its kind for pledges to PBS stations nationwide.
Over the years, Les Brown has spoken before many well acclaimed audiences.  In 2007, he was the keynote speaker for the Million Dollar Round Table’s (MDRT) 80th Anniversary Dinner held in Denver, Colorado.  Les was one of the very few persons selected to speak for a second time in MDRT’s 80 year history.

In addition to speaking on numerous occasions for Toastmaster’s International and the National Speakers Association, Les Brown is one of the most sought after speakers for the network marketing industry having spoken to such network marketing companies as: Prepaid Legal, Amway, Xango, Noni Juice, Masterguard, Veema and many more.

Best Selling Author and Celebrity
Les Brown is an internationally recognized speaker and CEO of Les Brown Enterprises, Inc., he is also the author of the highly acclaimed and successful books, Live Your Dreams and It's Not Over Until You Win. Les is the former host of The Les Brown Show, a nationally syndicated daily television talk show which focused on solutions rather than problems.

Les Brown is one of the nation's leading authorities in understanding and stimulating human potential. Utilizing powerful delivery and newly emerging insights Les' customized presentation will teach, inspire, and channel your audience to new levels of achievement.