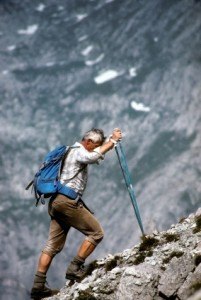 Today I want to talk with you about something crazy- your ideas. Everyone has had a crazy idea at some point in their life. Perhaps it’s the urge to start a new business, move to a different location or to do something outrageous to make a difference in your world. But very few people actually ‘Embrace Crazy’ and take the first step to implement their crazy idea into their lives. (Embrace Crazy is the name of my new book.)

In order to understand what I’m talking about, I want to first define what I mean by the word “crazy”. I’m not talking about crazy as in insane, but rather “GOOD crazy”, as in out-of-the-box thinking.

Crazy is being bold enough to follow your own dreams, blaze your own trail, birth your own idea and create your own reality. Crazy is not allowing anyone else to define what is possible for YOU, and stretching outside of your own boundaries even when it’s a bit scary.

Your crazy idea may show up as a thought that wakes you in the middle of the night nudging you to your greatness, or that nagging, persistent desire that just won’t fade away. It’s that inner urge to follow and expand our greatness, no matter how outlandish the idea may seem to others. It’s listening to our inner voice- even if we’re the only one who can hear it.

One of my favorite “crazy” people, Steve Jobs may have said it best…
Here’s to the crazy ones, the misfits, the rebels, the troublemakers, the round pegs in the square holes… the ones who see things differently — they’re not fond of rules… You can quote them, disagree with them, glorify or vilify them, but the only thing you can’t do is ignore them because they change things… they push the human race forward, and while some may see them as the crazy ones, we see genius, because the ones who are crazy enough to think that they can change the world, are the ones who do. ~ Steve Jobs / Apple Many times when we share an idea with a friend, we hear, “That’s crazy!”  And because most of us judge the word “crazy” as a bad thing, those two words have killed too many dreams and have literally stopped success in its tracks.

Imagine a world where Helen Keller, Henry Ford or Thomas Edison kept their crazy ideas to themselves… how different would our world be today? What would the world be like if they hadn’t followed their dream or if they pushed aside their crazy idea? Who is waiting for you to give birth to your idea and what will the world look like if you don’t?

Instead of running away from our inner craziness, what if we changed our perception to Embrace Crazy  wholeheartedly? What would that look like for you? Let’s find out.

Please take out a journal, put on your crazy hat and write 10 crazy things that you’d love to do- if anything were possible. No limits. No boundaries. No rules. If you really want to do something, put it on the list. Ready- go! Think big, listen to your inner voice and just write.

I made this request last week at a lecture I gave for Jen Louden’s virtual retreat and today received two responses that I just have to share. Life is so amazing….. read on and you’ll see what I mean. (For privacy, I’ve changed the names.)

From Sally in New Zealand….
Ok, I’m officially a little freaked out! In Gail’s session I wrote down “Nashville” after the song ‘Crazy’, and “Romance Writer’s of America conference” as two of my crazy things to do – I just checked out the RWA website, and the conference is in Nashville this year! Now to plot how to get there from the bottom of New Zealand…  Thanks to Gail & Jen

From Sue in California…….
Thanks so much for Gail’s session on “Embrace Crazy”. I’m 46 and battling breast cancer but have always wanted to be part of a Roller Derby Team. So, I’ve joined a local league and splurged on derby equipment. After only 1 practice I am hooked. I’m lovin’ it! Thanks for permission to be “crazy”! How fun is this? What will happen if you Embrace Crazy in your life? I invite you to write your list and share the magic with me. If you want personalized help, please check out our class starting in about two weeks, called Embrace Crazy.

I hope you’ll join us for the fun. Remember, when we Embrace Crazy, chances are we’re following our dream. And when we follow our dream, that’s where the passion kicks in, the magic of the Universe unfolds, the doors to the heavens fling open, God yells “Yeehaaa!” and infinite possibilities abound. That’s when we’re able to do things that otherwise would seem impossible.

So please join us as we Embrace Crazy together. I promise it will be a lot of fun and will change the way you think about some of the things in your life. I can’t wait to hear