Okay, okay, I’m going to make a bold statement. I admit it – I’m over 50 now, yes I am. It is a hard pill to swallow. But I’m getting there and am starting to get comfortable with it.

I used to hate walking down a street and getting whistles from the men around me. Now, there were never hundreds, but I got my share. BUT… and again I hate to admit it but… when the whistles started disappearing and finally stopped altogether, I missed them. I missed them… I really, really missed them.

It wasn’t just the bruised ego, but it was something much more important and elemental. My purpose. The acting career that I loved and adored took a BIG hit. Now it was about making the house payments, the car payments, paying for my hair color to cover the gray.. .in other words, my mere survival. Just as the whistles and my self worth slowly disappeared the opportunities for work started to fade away as well. I was fading away.

I was really, really down… way down, because I felt I had lost both my looks and my purpose. It isn’t easy to maintain your self-worth or to believe in your individual unique beauty at this age. It isn’t easy to find a passionate new purpose or a new dream to dream after having the same dream for 30 years.

But I believe the key to finding your “inner whistle” is to re-imagine your dream. At least it was for me. It didn’t happen overnight. But eventually I realized that I was a tapestry of talents and possibilities, not just one talent with one purpose. I had to find a way to use all of my talents – old and newly discovered – to make a difference in changing things for women and maybe even make a dollar or two at the same time.

The closer I got to finding the new passion and path the closer I got to hearing a faint whistle deep inside. This new path, this newfound dream, brought me back to life. Starting In the Trenches Productions, and the journey it has taken me on, has helped me to find my own “inner whistle”.

Life after 40 is not downhill, far from it. It is full of exciting possibilities…. So don’t buy into the images you see in the media or whatever you think society wants you to be!

Don’t wait for permission. Don’t listen to the naysayers. If you have even a tiny drop of an idea for a new path in your heart – investigate it. Stay open to it and to all that may come from it. Don’t wait for someone else.

Start dreaming, no matter how big or small your idea. Believe that you can make it happen. Dreams don’t stop as we age. Dreams are essential to living and essential to finding your “inner whistle”.

My dream is that you hear your “inner whistle” loud and clear. Then the world will finally take notice and see women over 40 as we see ourselves. Dynamic, resilient, smart, important, vital, beautiful, confident, powerful women over 40!! That is you! 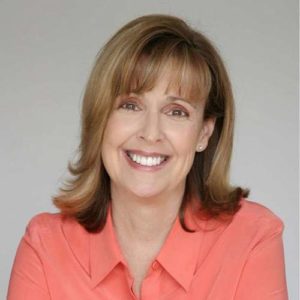 Debbie Zipp, 55, hails from Overland Park, Kansas, where she was bitten by the acting bug at the early age of 5, but didn't come out of the closet with her 'disease' until Junior High with her first role of 'Ma' in It's Cold In Them Thar Hills. From then on she knew her destiny and so did her family, much to their happy dismay. She received her B.F.A. from U.S.I.U. School of Performing Arts and her M.F.A. from U.C.L.A.

She counts herself very lucky to have been able to make her living as an actress. A few of her leading stage roles in Los Angeles include Judy in the Victory Theatre production of Sirens of Seduction, 'Gracie' in Let's Get The Whole Thing Gershwin at the Westwood Playhouse and 'Debbie' in The Good One at the Pan Andreas. She's had lead series regular roles in the television series pilots The Cheerleaders and There's Always Room. She also starred with Darren McGavin in the series Small and Frye for Disney.

Television shows she has guest starred on include Magnum PI, Paper Chase, LA Law, New Love American Style, One Day At A Time, Gilmore Girls and Malcolm in the Middle. She's also appeared in such films as Like Father Like Son, One Day And A PC and Double Exposure. She's probably best known for her recurring lead role 'Donna' on the Murder She Wrote series starring Angela Lansbury as well as her principal roles in over 300 national television commercials.

Debbie continues to act; however, in recent years she was bitten by another bug -the producing bug. As President of the non-profit organization ACTRESSES@ WORK she helped lead the fight against ageism for women and fought to change the way the entertainment industry views and utilizes women over 40. After seeing the opportunities for work as an actress diminish greatly after she turned 40 she decided to try to change this fo herself, other actresses and all women of a certain age.

While President, ACTRESSES @ WORK produced 2 documentary shorts "Invisible Women" and "The Forgotten Grave", three PSA'S on ageism, and the stage production of "Magpies Tea Room". She was invited to speak at AARP in Washington DC and was a quest on the AARP radio show as well as a quest on the Larry Elder radio show on KABC Talk Radio. All of these efforts caught the attention of other major organizations like Institute for Mental Health Initiatives, Women in Film, Screen Actors Guild etc. as well as The Sunday London Times, Chicago Tribune, and the Los Angeles Times. More recently she has been a guest of Raven Blair Davis on Women Power Talk Radio, The Rolanda Watts Radio Show for Greenstone Media and a guest of Beverly Mahone on the Blog Talk Radio Show "Passions". She was also a guest speaker at the "Festival of Influence" with her "Believe It Baby" presentation. She has been inducted into the Boomer Diva Nation Walk of Fame and is extremely proud to have been asked to be an Inspirational Luminary by Inspire Me Today.

In order to further the cause of improving the images of women in the media and to pursue her new love of producing Debbie co founded with Jan Bina, Claire Callaway and Judith Drake the for-profit production company IN THE TRENCHES PRODUCTIONS whose films must star a woman over 40. With IN THE TRENCHES PRODUCTIONS she has produced the short films "Quick Soap", "Believe It Baby", "A Host of Trouble", "Forgotten Grave" (documentary short), "Living Large With Less", and "Transitions" and she looks forward to producing many more films that will resonate with women over 40. Debbie is probably most proud of creating and developing the IN THE TRENCHES PRODUCTIONS website, the first entertainment website for women over 40 on the internet, which she believes will be a catalyst for change and an inspiration to women over 40.

In her personal life she is proud of her volunteer work with animals and having served twice as a unit PTA President. Debbie is lucky to have the love and support of her wonderful husband, Michael Horton, and her two beautiful children, Cali and Trevor and her incredible parents, Ginny and Wilbur, who instilled in her so many of the essential values that she lives by today.