When we judge, we take on the role of God. Who am I to think I know what’s best for anyone else unless I think I know all? And who can claim to know all but God? 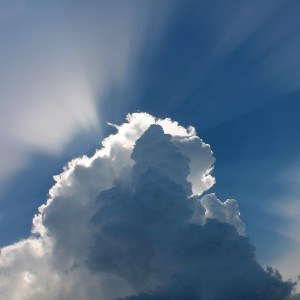 We all breathe the same air and are dependent on the same elements for our existence, but it seems our mind is conditioned to focus more on our differences than our similarities. It is only a thought that creates a judgment that makes a concept or belief about something.

We all want to defend what we believe is the right way to live and if someone disagrees with that we automatically judge them and put them in a category of, “They are wrong and I am right.”

But since I don’t know what anyone else has truly experienced in their life, how can I think I know what their answers are, especially if mine are formed from my I. When concepts and beliefs are formed from I, they aren’t based in Universal Laws, they are based in your laws – which are used as a tool of separation created by the I-based Conditioned Mind. Our I conditioning separates, until it is developed to unite. But this unity takes much practice to not form individual agendas.

It is mind-boggling when it comes to what some make up to be a spiritual path. You think this would automatically unite, but it is not the case. There are Universal Laws that assist in discovering truth of unity, but these aren’t concepts or beliefs, they just are.

It’s difficult putting truth into words because of what it is. If you are not mindful of you thoughts, they will be delusional. Part of the issue in defining truth is once it’s defined, it becomes a concept or belief and they are always based in delusion, because they are always created. Truth isn’t created, it just is.

Everyone has their own experiences, but our separation occurs when we develop our own truth, and try to make it everyone’s truth. God as the Universe is our guide, but when it is made to be a concept or belief, we become our guide, so in essence we become God, so we think.

When we form concepts and beliefs based in our I we separate from Universal Laws. When this is done our I is right and whoever doesn’t conform to our concepts or beliefs formed by our I is wrong. So whenever there is judgment of this nature, the role of playing God is taken on: what a burden to put upon oneself. Only in quietness can this be seen; in the noise of I, it can not.

Our I is what makes life conceptual and forms our beliefs. It is when these beliefs are used to form our identity as something specific that they cause separation. Whatever word is used to describe oneself is a concept, a belief which is formed by a Conditioned Mind. We like to stay in our created world and when something is said that isn’t agreed with, our conditioned defense mechanisms take over because after all “I am right and that means you have to be wrong.”

But when it comes to our experience, if it is used to understand Universal Laws, then no one can ever be wrong because there isn’t a right; there is just what is, with no concept or beliefs attached. Hold on to whatever it is you want to create to make you right, but understand no matter how much you think you are right and others are wrong that doesn’t make it so.

The Universe holds the truth within its Laws. But they aren’t our Laws to dictate, it is the Universe which does the dictation. The Universe can only be our guide when its Laws become our reality. It can only unite when our I concepts and beliefs, which only make us separate from each other  by thinking we know what’s best and taking on the role of God, aren’t formed. My name is Michael Cupo. At the age of forty-nine I thought I had everything I’d always wanted: a beautiful wife, two wonderful children, a nice house, and a great job. By all outward appearances, I’d made it. I should have been one very happy person.

Ever since I was a child, I always felt like something wasn’t quite right, like I was never enough. As I grew up I felt isolated and alone. In my adult years I found myself addicted to drugs, alcohol, and gambling, and many other forms of behavior not conducive to being in harmony with life—my behavior was killing me and harming those I loved.

In this astonishingly inspirational book, I share my story of my journey of inner discoveries—with all its false starts, road blocks, relapsing, and ultimately, an overwhelmingly uplifting state of surrender, acceptance, grace, and personal peace.

Equal parts heart-wrenching memoir and an easy-to-follow guide for personal growth, It’s Monday Only in Your Mind offers us a startlingly fresh interpretation of the Twelve Steps used by many programs. Here is a valuable toolkit for anyone interested in enhancing their spiritual life, repairing relationships, finding calm, and attaining an inner sense of well-being.

Included in my book are samples of some much-cherished Daily Messages, which I share via text message and Face book with an ever expanding circle of support, a growing community of fellow seekers around the world.

It’s Monday Only in Your Mind explores life’s deepest questions (as well as recognizable real-life issues) facing everyone, and it holds the vital power to transform all of our lives each day in the most profound of ways.

Our greatest relief is to accept things the way they are.
Our greatest misgiving is wanting them to be in some other way.